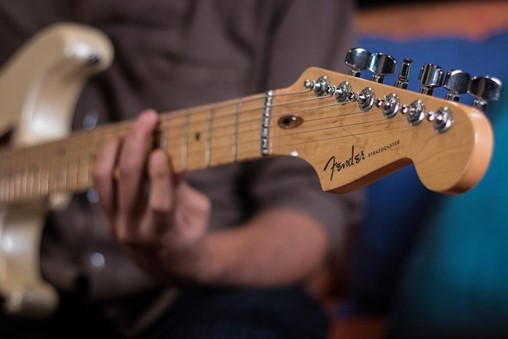 Guitar maker sees performance boost in operating systems and business intel reports as demand grew in the pandemic among at-home musicians. A rise in business pushed international guitar maker Fender to consider more efficient ways to use its SAP resources. Migration from company-controlled compute resources to the public cloud can be challenge. Though Fender already embraced the cloud for other aspects of its operations, there was some reluctance to make its SAP solutions part of that equation. An uptick in demand for guitars in the midst of the pandemic led the company to rethink that approach. Michael Spandau, CIO of Fender, spoke with InformationWeek about the needs that led the guitar maker to work with Lemongrass to run SAP on AWS. How did operations run at Fender and what drove the changes you sought? In terms of cloud computing, we were one of the earliest cloud adopters. When AWS started to get established, we started to use their compute systems. Many years ago, we started offloading production servers into their environment. We have a very longstanding relationship with the AWS folks. We have a cloud-first strategy; we’re very comfortable with cloud. But when it came to SAP, it’s really our crown jewels. We run logistics. We run finance. We run manufacturing. We run HR. We run everything on SAP. We’re a global company -- about 3,000 employees -- and everything hinges off this system. We were very reluctant in moving that particular system, which was running in a colocation facility into the AWS cloud. What has changed? Since the pandemic, we have seen very significant business growth. Since the pandemic, 60 million new players in the US alone picked the guitar for the first time. Our SAP systems had a difficult time just keeping up with the business demands. We had to do something. The two options were re-platform or migrate them into the AWS environment. We found Lemongrass; they had very deep technical skills. They convinced me and my teams that we should be able to do this. We worked on this project for approximately 12 months. Over a three-day weekend, we migrated all of our SAP loads into the AWS cloud. We upgraded the systems. We migrated to SAP HANA. We switched the operating systems. The outcome was very significant performance improvements. Certain reports, business intelligence reports that would run 10, 20, 30 plus minutes would run [in] subseconds. It really had a very positive impact, especially on our users, employees and executives using business intelligence. A lot of reports like MRP, typical systems that run long times are just running much faster. It’s really a combination of the AWS infrastructure on one side and the HANA database on the other side. We have since then resized the production system. We started off with very large instances that AWS offers. We were able to, in a stairstep approach, reduce that size. These are very elegant, very practical tools to manage utilization and waste and, quite frankly, spend. What were some of the prior concerns about making the migration of SAP resources to the cloud? Hesitancies were several things. One was security. Availability and stability of the cloud. Just the technical know-how to do the migration. We were running on a pretty dated version of SAP. Doing the migration in an acceptable timeframe was the big challenge and Lemongrass was the only company that convinced us they knew how to do that. You can’t take an SAP system down for a week or two or three. It’s just not possible. The company stops operating. It could be done in a short window of time. Lemongrass was the first company we felt strongly they knew how to do this. I had little doubt that once we were in the AWS environment things would significantly improve. We were very aware of all the tools that AWS offers. The linchpin of hesitation was this very tight window we had available. My guess is a lot of other companies struggle with that. What is the scope and scale of Fender’s operation? Fender runs on SAP -- we use it for manufacturing. We use it for our global supply chain. We have offices in Europe. We have offices in Japan and Australia. We have offices in Mexico and Latin America. They all depend on SAP and SAP functioning. It’s a single instance; it’s not a multi-instance thing. Everyone interacts with and works with the system. From a financial perspective, it’s critical. Invoicing, audited cash, all depends on SAP. Were there any surprises along the way to migration? What else does this open the door to? It will help us with just the operational piece of these SAP instances. For instance, we just acquired a new company, PreSonus. They’re running on an Oracle ERP system. We have plans to migrate them over to SAP. We literally are copying a sandbox so they can start getting used to the system. It’s something that we would have a really difficult time setting up with our higher environment with AWS. That can be done within a day. That’s how powerful these tools are. The other part that I am looking forward to -- SAP is a rules-based system. What I’m looking forward to is working with AWS, taking this huge amount of intelligence, of transactional data we have in the SAP system and using that dataset with Amazon's AI and machine learning algorithms to provide insight that we just can’t do today with the classic tools we have available. Were there any tradeoffs that had to be made in the migration? The only drawback would be a significant Amazon outage. I believe one of the [recent] outages really impacted the SAP instances. Having said that, we had a few outages in our own environment. But there we had more control. Other than that, there have been only benefits. We use reserved instances to manage the cost. Purely from a pricing perspective, it’s a very attractive solution.