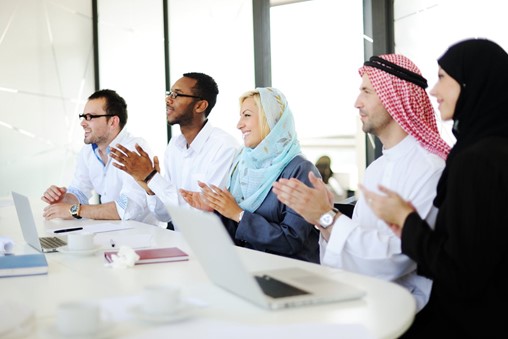 UAE, one of the Middle East’s largest economies, is moving to a new work week schedule of four-and-a-half days — with Friday afternoon, Saturday and Sunday forming the new weekend for government employees. The Emirates’ shift to the new work week is expected to boost remote working and align the Gulf country with major markets in the West and Asia, making communications a little easier with tech leaders who need to communicate with affiliates globally. According to a survey from Mercer Middle East, the majority of firms polled (57%) have a preference to adopt the new UAE weekend model. “Employers in the UAE must continue to offer staff flexibility, particularly for parents given that schools will operate a half-day on Friday, and to accommodate religious needs,” Ted Raffoul, Mercer’s career and workforce products business leader, MENA, said in a report. “Offering staff the choice to work from home, or to work flexible days and or hours, will support talent attraction and retention,” Raffoul said. Flexible and remote working, initially considered as a way to continue operations during the pandemic, has now found a lot of takers in UAE and the broader Gulf region, who have embraced a remote-work future. New work week may lead to faster decision-making The move to the new work week will accelerate the pace of approvals and decision-making, said Taj El-khayat, regional director for Middle East & North Africa at Citrix. With the weekend now on Saturday and Sunday, it has become easier for employees at the company’s regional headquarters in Dubai to report to offices in Europe and the U.S., El-Khayat said, adding that Citrix previously faced a lag of 3.5 days because UAE’s weekend started early. “Friday has been an important day for the Arabic speaking region, but as the world is becoming globalized, more alignment and unification of international standards are extremely important,” El-Khayat said. “UAE has done it now and the rest of the Gulf will soon follow,” he added. The decision will also bring other benefits for enterprises. According to the Mercer survey, 84% of firms polled believe that the new weekend will have a positive impact on transacting internationally. However, 37% of firms were unsure of the impact of the new weekend on business activities within the Middle East. For the firms that are choosing to fully align to the government’s half-day Friday, Saturday-Sunday weekend, there are many considerations with regards to working hours, with two out of three employers stating that working hours will not be increased, nor will remuneration be affected, in order to compensate for the reduced working hours, the Mercer report said. Rimini Street, a global provider of enterprise software support products, expects its clients in UAE to rely more on the company’s services. With the new work week, most UAE-based enterprises will have fewer hours in a week to accomplish their goals and this means they will have to rethink their priorities, said Emmanuelle Hose, GVP & regional general manager, EMEA, at Rimini Street. “We expect more organizations to outsource support and maintenance plus the running of their IT to organizations, so they can concentrate on delivering innovations in support of their business growth,” she added. New flexibility boosts VoIP The new work week comes in the wake of a relaxation of rules to allow remote work. After the start of the pandemic in 2020, the UAE implemented technology reforms and relaxed long-held regulations in its efforts to halt the spread of the COVID-19 virus. For the first time ever, enterprises got access to applications such as Microsoft Teams and Skype for Business, as well as the Zoom teleconferencing app. The latest decision is being seen as the latest milestone in allowing for work flexibility, and is expected to further accelerate the use of these applications. “While remote work proved to be a necessity due to the pandemic’s regulations, it is refreshing to see that it is recognized as an asset and advantage for businesses, educational institutes, and government authorities alike,” said Sam Tayan, head of MENA at Zoom. “We believe that embracing remote work is a sign of organisations’ consideration towards enhancing the work-life balance and thus is refreshing to witness and bound to increase employee morale,” said Tayan. The global market for VoIP was valued at over $30 billion in 2020 and is estimated to grow at a rate of 15 per cent annually from 2021 to 2027, according to GMI Insights.