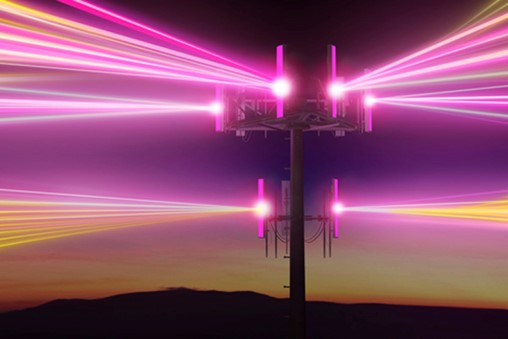 The latest 5G technical specifications from an overarching standards organization sets a roadmap for development that addresses streamlined IoT support, AI/machine learning, and more efficient use of wireless spectrum. The 3rd Generation Partnership Project (3GPP), a group of seven organizations developing telecom standards, has issued Release 18 of the specs on both 5G systems architecture and radio access networks. “This is deciding on which project the 3GPP ecosystem is going to work on, and how far the scope of each project needs to go,” said Qualcomm senior director of technical marketing Danny Tseng. Qualcomm is a member of 3GPP and an important contributor to 5G development. MIMO improvements Multiple-input, multiple-output (MIMO) technology is a cornerstone of advanced wireless communication in both the licensed and unlicensed worlds, letting single access points or base stations use spectrum much more efficiently by automatically coordinating the operation of multiple antennas on each access point. Hence, a MIMO-enabled system can service a large number of client devices at the same time using less spectrum by allowing each client to communicate via a different antenna. The key new MIMO spec is for beamforming—sending radio signals directionally instead of in an omnidirectional broadcast, according to Forrester principal analyst Andre Kindness. This lets wireless networks use the same spectrum to connect to multiple clients at once without creating interference, as a client located in one direction relative to an access point can be serviced via the same bandwidth as one located in a different direction. “It’s on the client side, as well as the radio side,” said Kindness. “Analysis of packets coming back on each antenna, filtering signal/noise—it’s the next level of that.” IoT support Using 5G networks to support IoT deployments appeals to carriers because of its potential popularity. If a commercial 5G service is available where customers wants to network IoT, all the customers need to do is ensure their IoT endpoints support the service and turn it on. That’s much simpler than architecting and deploying their own networks to support the IoT initiative. An important part of the new IoT support builds on a feature introduced earlier called reduced capability that can provide 5MHz channels for devices that need more than the 200kHz that narrow-band IoT can provide but less than the smallest channel defined in the previous 3GPP specification—20MHz. Wearables and certain types of sensors fall into this category, according to Tseng. The new reduced-capability spec can keep more bandwidth free for more intensive applications and help answer the question, “How do we make sure more devices can be more efficienctly supported in the networks?” he said. AI/ML improvements AI and machine learning apply to 5G on both a network management level and a capability level; that is, AI/ML is both a tool for improving how networks operate and an application that 5G networks are designed to support. On the operational side, there are several ways improved integration of AI/ML should help networks function, according to Tseng, “things like better handoffs, more spectral efficiency, even more accurate positioning,” he said. The need for AI/ML support in networks is a product of increased network complexity, and represents a logical outgrowth of technologies like software-defined networking in the unlicensed wireless sector. The idea is to make the networks themselves smart enough to handle that complexity, said Kindness. More 5G clients talking to more antennas means more complexity, and the networks are using software to analyze and manage both, he said. Copyright © 2022 IDG Communications, Inc.