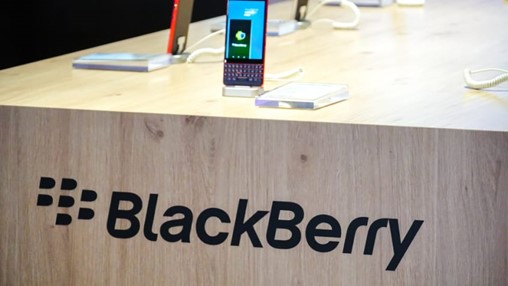 Fans of BlackBerry's classic smartphones will be starting the new year with some bad news, as the company has discontinued services on the legacy devices as of 4 January. The move was announced just before Christmas, with BlackBerry 7.1 OS and earlier handsets no longer able to run services through either carrier or Wi-Fi connections. The move, which has been credited to BlackBerry's newfound focus on software and security, is the final nail in the coffin for smartphones with physical QWERTY keyboards, which have declined in popularity since their peak in the early 2000s. It all began with the BlackBerry 957, an internet-connected device with push email capabilities and rock-solid encryption, which quickly took over corporate America as the must-have gadget for business professionals after it made its debut in 2000. This popularity, fuelled by the handsets' ability to enable users to send emails while away from their desks, soon led to the coining of the term 'CrackBerry'. In the years that followed, the firm roughly sold around 50 million devices each year and was cited as "the fastest growing business on the planet" in 2009. "The BlackBerry defined an era of mobile communications," Ben Wood, CCS Insight's chief analyst, told IT Pro. "The dedicated QWERTY keyboard was an iconic design and its utility arguably changed society forever moving us closer to the 'always-on' world we now live in. "The devices became so comfortable in people's hands that they developed muscle memory delivering fast and accurate text input. But sadly for BlackBerry, they failed to move with the times and dismissed the transition to a touch screen interface blinded by the immense success of their unique hardware keyboard." BlackBerry's greatest QWERTY hits include the first colour screen model, the BlackBerry 7290, the more consumer-focused BlackBerry 8700, and the BlackBerry Curve, which was released in 2007. However, perhaps the most famous is 2008's BlackBerry Bold which was used by the former president Barack Obama. Sadly, BlackBerry's fortunes turned drastically from one decade to the next as touchscreen devices, such as the iPhone, began to rise in popularity. According to figures from Statista, BlackBerryOS dropped from a peak market share of 20.1% in 2009 to just 0.1% by 2016. The firm was even slightly mocked during the first iPhone launch, with Steve Jobs famously pointing out that a keyboard took up too much screen space. Since 2016, BlackBerry has ceased to make handsets, preferring to licence out the brand to other companies, such as China's TCL, with varying degrees of success. This has seen the release of a number of touchscreen devices, but also some variations on the QWERTY keyboard, such as the BlackBerry KeyOne and Key 2. "We now live in a world of homogenous looking black rectangles with touch screens, what I like to call the 'sea of smartphone sameness' and it always makes me smile when I show kids some of the mobile phones of yesterday," Wood adds. "They are enthralled by the design diversity."